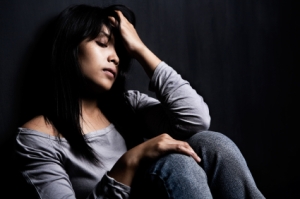 The story of Judah (Joseph’s brother) and his family in the book of Genesis interrupts the telling of the saga of Joseph. In Genesis 38, we read how Judah got married and then gave birth to three sons. How his first born, Er, was killed because of his wickedness – thereby making his wife, Tamar, a widow. It also tells how Judah’s second son, Onan, perished because he did not want to give his brother an heir through Tamar, whom he had married after Er’s death.

It is at this juncture in the story that Judah sends his daughter in-law away until his third son was adequately grown (Genesis 38:11). This is how he dealt with his pain!

Then Judah said to Tamar his daughter-in-law, “Remain a widow in your father’s house till my son Shelah is grown.” For he said, “Lest he also die like his brothers.” And Tamar went and dwelt in her father’s house – Genesis 38:11

As we would later find out, Judah never planned on giving his third son, Shelah to Tamar as a husband but simply wanted to be rid of her! Why? Genesis 38:11 tells reveals that he was afraid for the life of Shelah – his third and last remaining offspring.

Of the many things that can be drawn out from the interesting incidents that occurred in the family of Judah (read Genesis 38), here are four key lessons this passage of scripture teaches us about pain and fear.

Pain has a tendency to blame

Just like any of us would be, Judah was grieved with the loss of his first son. Seeing Tamar’s pain and wanting to do right by her, he decided to give her as a wife to his second son, Onan. When Onan died, Judah – who did not understand why his sons died – started to search for answers.

Without any clear cut answers, all he could manage to do in his hurt was make the connection that his two sons’ had been with the same woman (Tamar) prior their death. As a result, he erroneously blamed her for their deaths and shamed her by sending her away! His pain turned Tamar into a monster! Here is what we can learn from this:

No lasting decision should be made when we are hot, hurt, and emotional

Pain leads us to think the worst about people

Pain turns coincidence into root cause

Back to the story, just because Tamar was the wife of both of Judah’s son’s when they died does not mean she caused the deaths. What did Judah think – that Tamar had some sin that held her responsible for his son’s death? Hmm!

Here are some things to consider prior to assigning a root cause when dealing with pain:

Just because something is factual does not mean it is truthful.

Correlations does NOT prove causation

Judah was afraid for the life of his third son. As a result, he lied to Tamar about his intentions to give him to her in marriage. I am sure Judah justified his deceitfulness by convincing himself that what he was doing was what any other parent would do. He was trying to protect his son, right? Wrong!

Unfortunately for him, what he did not know was that he was protecting himself from the wrong problem. The problem was not Tamar, but was the unrighteousness of his sons. But fear blinded all of that away and led him to make a promise to Tamar that he never had any intentions of keeping.

A person who cannot seem to tell the truth is a person who is fearful. Get to the source of the fear and deal with it, and you would have dealt with the habit of lying

Fear leads to having double-standards

Judah’s response of ‘bring her out and let her be burned’ when he was told of Tamar’s immorality smacks of having double-standards. While he was perfectly okay with his unrighteousness, her unrighteousness deserved nothing short of death. ‘How dare she shame me like this’, he must have thought to himself! He forgot about the time he had shamed her by sending her away from his house and from her family!

This attitude of ‘burn her for what she did, but never mind what I did’ is rampant in people living with fear. Why? It is because fear loves to the take the focus off itself and put it on other things. Fear loves to remain hidden and will out forward any distraction so it is not discovered. It loves to quickly point the finger of blame without ever finding fault.

Filed under Pain and Fear