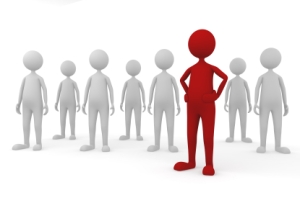 And He found in the temple those who sold oxen and sheep and doves, and the money changers doing business. When He had made a whip of cords, He drove them all out of the temple, with the sheep and the oxen, and poured out the changers’ money and overturned the table —John 2:14–15

Jesus was indignant when he discovered that the temple had been turned into a business office. Even so, he did not allow his anger to turn into blind rage but was able to control his anger – as evidenced by him taking his time first to make a whip of cords. His anger served to accomplish a righteous purpose – return the temple back to its purpose as a place of worship. Thus in purging the temple of traders, Jesus shows us the following:

Righteous (good-breathed) anger can be an effective tool when used in a controlled manner in appropriate situations (as determined by the Holy Spirit) for the purpose of correcting a wrong.

If we shift our focus away from anger, we see that Jesus acted courageously and in a godly manner. Whereas others may have felt that the temple was no place for merchandising, Jesus was the only one who was courageous enough to stand up to the money changers. Although he had no direct authority over those he chased away, he did not allow that to stop him from doing what was right. He took a bold stand and acted courageously while leaving the consequences to God. And so he righted a wrong.

Being believers, we ought to be filled with courage, for we know that God is for us. We should not allow our fear of the unknown to keep us from moving courageously toward the vision God has given us. Rather than focus on our obstacles, our niggling doubt, and the persistent whispers of naysayers, we must exhibit courage and press on toward our goal.

As evidenced by Rosa Parks, the African American civil right activist who has been touted as ‘the mother of the freedom movement,’ a single act of courage at the right time can change the course of history.

It would have been easy for Jesus the “nice guy” to rationalize and justify the traders’ activity in the temple. He could have convinced himself that the oxen and sheep made it easy for the populace to give their burnt offerings; that the doves made it convenient for anyone to purchase them; and that the money changers made it easy for everyone to pay their tithes in the correct currency. No! Jesus the “godly guy” showed up. He did not condone bad behavior, but instead, he put an end to it.

While a nice person may enable bad behavior through inaction (often to his or her own detriment), a godly person always focuses on what is good and allows the chips to fall where they may.

Choosing godliness is not always popular. It does, however, command people’s respect and promote their confidence in you because of your adherence to high moral standards. Furthermore, godly people tend to attract other godly people who operate in the highest levels of integrity. So stand your ground today and walk in godly courage.

Check out Looking to Superman – The secret to success in life on superchampinc for more practical tips the experience of Jesus teaches us on being successful.