Stop Working on Your Testimony and Start Living Your Promise

In a recent conversation, a friend of mine said of her daughter, ‘she is working on her testimony’. Knowing the daughter, the first thing that entered my head – right or wrong – was this: Will she ever stop working on her testimony? To give you some context, the friend I am speaking about happens to be roughly twice my age. Her daughter is older than I am and has been working on her testimony for a while. The thing about it is that she is saved and has good knowledge of the word of God. Even so, she has decided to hold onto her pride, which has in turn caused her to walk in outright disobedience to the Lord. 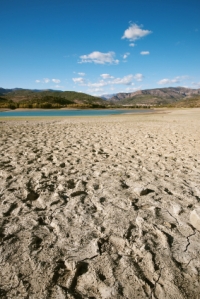 In the event you are not familiar with the term ‘working on your testimony’, it refers to the state of a person who does not know the Lord or has backslidden away from the Lord.

While there is no timetable for a person to stop working on their testimony – for the Lord can do wondrous things in anyone’s life at any point in time, and do it quickly – my concern is that some people never come out of their testimony to be able to tell it.

There is no better example of this than the children of Israel who perished in the wilderness. While the journey to the Promised Land was meant to take 3 – 11 days, fear and unbelief led God to send them through the wilderness of the Red Sea.

This is the period that God had in mind for the children of Israel to ‘work on their testimony’. During this time period, God showed them incredible mercy and worked mighty miracles, and even spoke in the hearing of the people. He did this for a period of 2 years so that they would come to know Him, trust Him, and rely on Him.

The uncomfortable truth is that too many of us today are still working on our testimony even though God has already made a way to enter into his promise for our lives. We say God is going to do it when He has already done it! We continue to pray to God but refuse to walk in obedience when He answers our prayers and gives us instructions.

If this is you, my plea is that you stop working on your testimony and start living the life of promise God has for you. It’s time to stop eating the manna and start feeding on milk and honey! Aren’t you tired of the snake bite of the wilderness?

Light-bulb moment: Leaving the wilderness will cost you your pride, ego, fears, and unbelief. But your reward for paying this price will be rest, peace, joy, and strength!

Let us do something ‘crazy’ as believers: Let us actually believe what God and move when He tells us to do so!