How to Fight to Win with Minimal Fuss 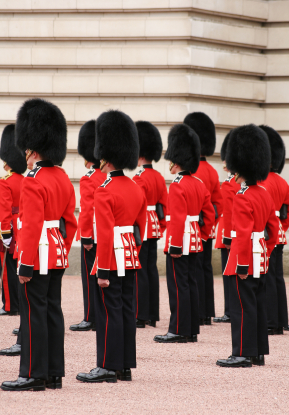 Are you in a battle that you just can’t seem to win? Does it feel as if the enemy is just overwhelming you? In life, we do not have to go looking for a fight before a fight comes knocking at your doorstep. Yet, no matter how the fight comes to be, the important thing is to know the keys to victory.

Having spent a good part of the past month reading about the wilderness journey of the children of Israel, a strategy for victory has crystallized in my mind and heart.

When the children of Israel employed this strategy, they were able to destroy a Midianite more than double their size without a single casualty.

With this strategy, they were able to go against the giants in Canaan and utterly destroy them. To get an idea of how big these giants were, the bed of King Og measured roughly 13.5 ft long and 6 ft wide.

Most astonishingly, it was this same strategy that Gideon was employed such that he was able to defeat a Midianite army of well over 100,000 with just 300 men.

Light-bulb moment: Though the tactics for victory may change, the strategy for victory remains unchanged.

The 2-fold strategy they employed is as follows:

Only Fight the Battles God Tells You to Fight

How could one chase a thousand, And two put ten thousand to flight, Unless their Rock had sold them, And the Lord had surrendered them? – Deuteronomy 32:30

Another way of putting this bible passage is this: The only way for a man to chase down a thousand is with God’s help. Think of it this way. You and I cannot take down a thousand men unless the men had somehow been completely immobilized so that they were as stiff as statues. In such a scenario case, the battle is not fair for the thousand men!

That’s the way it is when God is fighting on our behalf…the battle is not fair!

Light-bulb moment: God fights only in the battles He sanctions. Engaging in a battle that has not been approved by God leads to heavy casualty with no promise of victory.

When the Lord told the children of Israel to wander about in the wilderness for 40 years because of their refusal to enter Canaan, the people were so disappointed that they decided to try to enter Canaan in their own effort and without the blessing of God. The result is that they were crushed in battle (see below).

And Moses said, “Now why do you transgress the command of the Lord? For this will not succeed. Do not go up, lest you be defeated by your enemies, for the Lord is not among you. For the Amalekites and the Canaanites are there before you, and you shall fall by the sword; because you have turned away from the Lord, the Lord will not be with you.” But they presumed to go up to the mountaintop. Nevertheless, neither the ark of the covenant of the Lord nor Moses departed from the camp. Then the Amalekites and the Canaanites who dwelt in that mountain came down and attacked them, and drove them back as far as Hormah – Numbers 14:41-45

Fight the Battle the Way God Tells You to Fight it

Any deviation from the plan of God results in the withdrawal of God’s power. I don’t know about you, but I do not want the power of God to be suddenly removed while I am in battle – especially when I am outnumbered. If we want to be victorious in battle with minimal fuss, we must make up our mind that we are going to do what God commands, no matter what it takes to execute the strategy.

Why does God use such unusual strategy and tactics? I believe it  is because He wants to leave no doubt that victory is only possible with Him. Why does He want us to have no doubt that He is the author of victory? He does this because He wants to show us that we can trust in Him (have faith in Him) and surrender to Him, the one true and good God.

Light-bulb moment: Faith is the key to victory. The proof of faith is obedience.

Though the enemy (Satan) is still on the battlefield (the earth), God has disarmed and surrendered him to us through the sacrifice of Jesus Christ. Because of the victory Jesus has won on the cross, the enemy is like a barking dog with no teeth and no claws. The only thing that stops us from fighting such a dog is the belief that the dog still has some teeth and claws. Since God tells us clearly that Jesus has disarmed all powers and principalities (see Colossians 2:15), it goes that the only thing that stops us from victory is our unbelief (inasmuch as God’s will is for us to fight the particular battle).

When it comes to the enemy, God tells us to fight. He tells us to fight because He has already surrendered the enemy. Thus the only thing we have to fight for now is faith, so that we align ourselves with the plans of God in complete obedience. This is why we are told to fight the good fight of faith (1 Timothy 6:12). We have to trust and belief (have faith) in what God has told us about the enemy and boldly go onto the battlefield to claim our victory (whatever that looks like). No more fear, no more surrender, no more retreat!

Light-bulb moment: The circumstances and situations in life have no power over us BUT that which we give to them. It does not really matter what happens, we can have inner victory over them.

One response to “How to Fight to Win with Minimal Fuss”