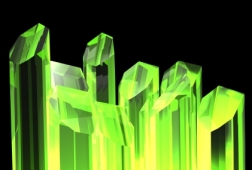 We are all undergraduates in the school of righteousness. The moment we think we have graduated is when we become a menace to anyone we come across and society at large. If we fail to admit our weaknesses, it is because we are wearing a mask to hide our true identity, except it is more like a balaclava (what robbers wear in movies) rather than a super-hero’s mask. Many of us try to mask our weaknesses because we are uncomfortable with who we are and so are uncomfortable allowing others to see how we truly are. Unfortunately, this mask wearing is rampant amongst those of us that have convinced ourselves that being conformed to Jesus’s image is to be conformed to the image of perfection. While this is correct, what we get wrong is our definition of perfection. We wrongly convince ourselves that perfection means that we have no chinks in our armor – no fears, no wavering, and no weakness! Therefore, we wear the mask of false fortitude because we want to show ourselves “strong” for we do not want to be counted as a weakling!

But I have not yet found where in the bible being perfect is equated with having no weaknesses. What we find instead about being weak and being perfect is that we should rather boast in our weakness, for God’s strength is made perfect in our weakness through His grace (see 2 Corinthians 12:5,9). It is important to say here that this is not a license to sin. Rather the passage is telling us that we can only achieve perfection (not sin) through His grace and by His strength when we are weak (susceptible to temptation).

This is exactly what Jesus did – rely on God’s grace when He was weak! If you are asking yourself if I am saying that Jesus in his humanity had moments of weakness, then I am guilty as charged. Yes He did. The reason He is such a wonderful intercessor for us is because He himself had weak moments – times when he had chinks in His armor. Here is what the bible has to say about it.

“For we do not have a High Priest who cannot sympathize with our weaknesses, but was in all points tempted as we are, yet without sin” – Hebrews 4:15

Light-bulb moment: Weaknesses are areas in our lives where we are susceptible to succumb to temptation (disobedience); this may be different for different people. Perfection for man is found in resisting temptation (not sinning) despite our weakness.

Now, we know that the devil tempts us at times and in areas we are weak – that is why we at times have crazy and unspeakable thoughts. It is not surprising that we are tempted for this earth is Satan’s domain (see Revelations 12:9). Likewise, it is not surprising that superman (Jesus) was tempted when He walked the earth as a man. Note that Jesus as God (not in his humanity) has no weaknesses and hence is not tempted.

“…for God cannot be tempted by evil, nor does He Himself tempt anyone” – James 1:13

The question then is:  How was He able to overcome His kryptonitic (weak) periods to remain perfect (sinless) as a man.

Here is how He did it.

The scripture tells us that Jesus asks that God pass the cup from Him (see Matthew 26:39). WHAT! Pass the what? The whole purpose of Him becoming flesh in the first place was so that He would drink from the cup; that he would pay the wages for the sin of mankind and thus redeem us to God (Himself). Jesus knew this, He said it many times, and he had no doubt that it was coming. Yet, when the hour was upon Him, He buckled as Satan unleashed an unfathomable spiritual attack upon Him. Satan did this because the stakes were extremely high – the souls of man. This attack was so intense that it brought Jesus to the cusp of disobedience (sin). It took all that Jesus had to resist that attack. The bible puts it this way:

“You have not yet resisted to bloodshed, striving against sin” – Hebrews 12:4

The author of Hebrews here is referring back to when Jesus prayed three separate times in the garden and his sweat became like blood (see Luke 22:44). But  glory to God that when his “star” disciples deserted Jesus by sleeping and thereby leaving Him to fight this battle alone, He stayed dogged in doing the will of God (being obedient) and got on His knees in prayer. When He did this, God showered His grace on Him by sending an angel to strengthen Him in His time of weakness (see Luke 22:43).

Light-bulb moment: In our weakness, God shows Himself strong when we purpose in our mind and heart to do His will and pray. Thus, a consecrated mind and fervent prayer are keys in warding off temptation and remaining perfect.

Second, Jesus shows some weakness when He screams out ““My God, My God, why have You forsaken Me””. Here too, Jesus being God knew exactly why, but that did not stop Him as a man who had weak moments from crying out all the same. Superman was still after all man with some chinks in His armor until He went back to heaven to take His rightful place as God (without the humanity)

Light-bulb moment: With Christ in us, we can be supermen too, but that does not mean we have no weaknesses. We all have our kryptonite, but we can overcome it by the blood of the lamb; by God’s grace

Lastly, the gospels describe Jesus coming under attack when He was tempted in the wilderness. This time, the keys to remaining perfect were fasting, rebuking the devil with the Word of God, applying the Word of God correctly, and acting on what the Word says.

Thus, Jesus warded off temptation and remained perfect by doing the following:

If we are to be Christ-like, then we have to do what Jesus did. We have to rely on the grace that God has already granted us rather than receive it in vain (through non-reliance). Like Paul asked, we should also ask God to take away our weaknesses (see 2 Corinthians 12:7-8). He can do it! For the ones He chooses not take away, it is because He does not want us in pride and so we become our own gods (which leads to destruction). He wants us reliant on Him so He can bless us beyond all measure when we have resisted and stayed obedient. So what’s stopping us?

Food for Thought: If we are superman because He lives in us, we should stop pretending and acting like Clark Kent

3 responses to “Superman’s Kryptonite – How did Jesus Stay Perfect?”