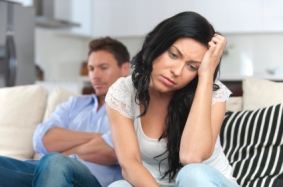 Chris and Shan’ann Watts relationship looked good on the outside. Chris seemed like a great family man who loved his wife. Shan’ann raved about him on Facebook. All good right? Wrong!  It was all smoke screen and mirrors.

As is often the case, the neighbors were stunned and saw no red flags…except one. Here is what that neighbor had to say in a People magazine exclusive:

“I think they were always putting on a show,” says Melinda Phillips, who recalls seeing Chris and Shan’ann “clearly having an argument” in their driveway one day earlier this summer.

“Their body language was really angry, and they were just fighting back and forth,” Phillips, 34, says. “He was gesturing his hands and they were shaking their heads, and it was definitely an argument.”

“I didn’t really think much of it, because Lord knows that I’ve had the same arguments with my husband,” she continues. “They caught my eye and suddenly, everything changed. They stopped being so angry, and they started talking a lot more calmly. He even gave her a hug. Mind you, this was in the space of 30 seconds to a minute.”

“From a full-blown fight to hugs in less than a minute, it was incredible,” she says.

Relationships are not always the way they seem to appear. In the case of Chris and Shan’ann, it seems they were keeping up false relationship appearances.

If we get real, these reasons we give, and many others, come from an inner well of fear, pride, insecurity, or performance mentality. Fear of what people will say. Pride in our own ability to deal with our own issues. Insecurity concerning how we will be perceived if people knew the real us. Having a mentality that our self-worth is measured by how well we perform in life.

Performance mentality is especially sneaky as we may not know it is there. As long as we are performing, it does not come up. The moment we do not perform the way we think we should is the moment it pops up and rocks our sense of self-worth. To gain back our sense of worth, we either try harder, blame others, or find a substitute that makes us feel like we are worthy again. In the case of relationships, this involves ditching the person we are with and latching onto a new relationship – either physically or emotionally.

If you are in a relationship, learn from Chris and Shan’ann Watts. Do not keep up false appearances. If you do so, all you are doing is stripping people who care about you of the opportunity to love you. You alienate yourself from the help you need. You rob yourself of having real relationships since no one really knows you…so loneliness sets in though you are not alone. And you set yourself a standard which says that living a lie is normal…living a lie is normal to those who are not happy.

For more on the Chris and Shan’ann Watts story, click on the People Magazine Exclusive here: Summer Before Triple Murder